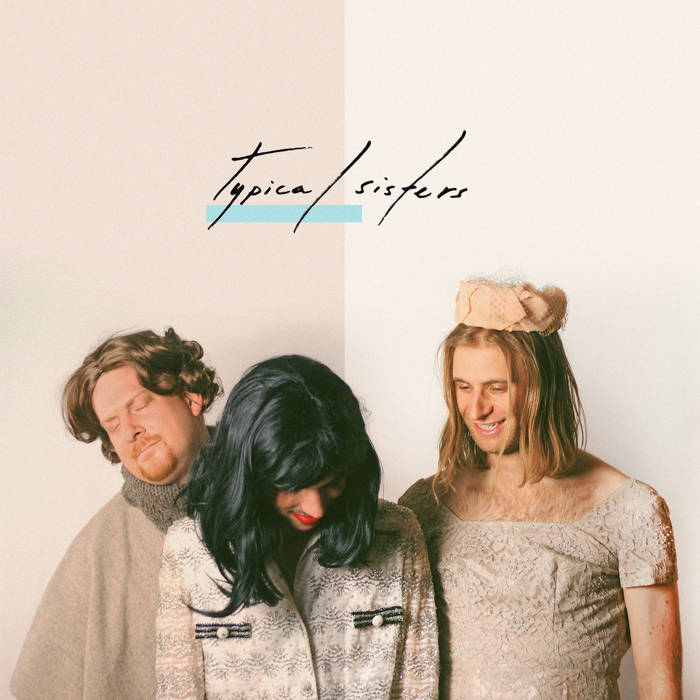 Story: Greg Uhlmann’s Typical Sisters is not, as the name might suggest, a Twisted Sister cover band. In fact, the improvising trio of guitar, bass, and drums draws equally on influences from rock music, singer songwriters, minimalism and a rich history of American improvisers. The band’s music has been described as “tonally and dynamically expeditious while texturally soft and inviting, a comfortable challenge that easily entices.” (Scottie McNiece, Uncanned Music). Its members play and compose for a wide range of settings. Current projects include indie rock bands, Fell Runner and Marrow; improvisation-based groups, Ba(SH) and Rooms Trio; chamber group, River Song Quintet; and jazz singer, Kurt Elling’s band.

All Chicago natives, Greg Uhlmann, Clark Sommers and Matt Carroll began playing together in 2009 and have experienced a musical telepathy with each other ever since. “It was instantaneously very free and effortless. The liberating feeling that was present spurred us to want to explore the potential that was apparent,” explains bassist Clark Sommers. Uhlmann and Carroll met as children (their mothers are close friends), grew up just a few blocks away from each other and went to the same school for most of their pre-college years. Guitarist Greg Uhlmann elaborates, “It’s unusual and special to have the musical companionship and history that Matt, Clark, and I have. There’s something a little different about playing with someone you’ve known as a child and a teenager. It just feels like nothing really needs to be explained musically with both Clark and Matt. They just intuitively know what to do for this music.”

The trio made its way to a cold Chicago basement studio in January 2015, tracking – on one day - the entire album. While the inspiration for this album was largely to document a musical conversation they’d been having for years, three of the songs were specifically inspired by the Galapagos Islands. They were written by Uhlmann on a boat during a trip there. “I drew inspiration from the people, topography and animals of the region. Trapiche grew out of a visit to a backyard moonshine distillery on one of the islands. The owner infused moonshine with star anise, which gave a sweet flavor to the liquor that otherwise would taste like gasoline to me. He bottled up the concoction in cheap water bottles, which only added to the charm. The Poacher was inspired by a realization I faced in the Galapagos about the fragility of the ecosystem. The islands were plagued for years by pirates and whalers, who stripped the land and sea of its animals and resources. It has taken decades to restore the ecosystem to a mildly stable place. Village Idiot is just a playful, drunken song. It has less of a specific reference to the islands. I imagined this song floating through the night as someone stumbled down the street after a little too much moonshine. It rose out of a desire to have a playful song that was reflective of more of a songwriting style.”

While Uhlmann relocated to LA as of 2010, Sommers and Carroll continue as collaborators, leaders and sidemen in diverse projects and bands in Chicago. A long distance band relationship might sound like an impossible task, but for Typical Sisters it has been fairly effortless given their history and improvisatory nature. Carroll sums up the spirit of the band perfectly, “At the end of the day we're just trying to connect on the highest level in order to serve this music. We gravitate towards spontaneity and we want to use this project as a springboard into the world that brings us joy. Whether it's playing dress up or making fun of Clark's center part it all seems to point us in the right direction so that we can keep this dance alive.” The debut album will be released April 22nd with Chicago-based label; ears&eyes Records accompanied by a Midwest CD release tour.

“Sommers is always a treat, with his gloriously palpable sound and infallible musicality” - Chicago Reader

”Clark Sommers rings true and honest in tone. The golden color pours a solid foundation to the timber of the group.” – All About Jazz

"(Uhlmann is) A guitarist to take note of in L.A.'s creative music scene" - LA Weekly

Hungry Ghost refers to the Buddhist idea of a being whose appetites cannot be sated. In 2019, when smartphones are essentially a human appendage and the media cycle never rests, it’s a concept that all but defines our reality. Consider this thoughtful, immersive music as a kind of antidote—the yang to our 21st-century yin, or, as Carroll puts it, “optimism amidst impulse.” ... more

Bandcamp Daily  your guide to the world of Bandcamp

Featuring appearances from Kari Faux, Bluestaeb and and interview with NY-bred artist Wiki